How did the “Manufacture de Proximité” scheme come about?

The “Manufacture de Proximité” concept of collaborative community workshops came about as a result of the mobilisation of the “makers” in the fablabs and third places during the first lockdown in March 2020. Shortages of certain materials led to a sudden realisation of the importance of being able to rely on local production facilities. This mobilisation led to a proposal by the France Tiers-Lieux places (FTL) association in June 2020. Discussions between France Tiers-Lieux, the ANCT, the Ministry of Territorial Cohesion and the Ministry of the Economy, Finance and the Recovery refined the initial proposal and led to the deployment of these third places across the country as part of the Recovery Plan. The idea had been around for several months before that, but it took an accelerator to make it happen. That is what the France Tiers-Lieux association and ANCT made possible by taking the proposal to the very highest level of government, stressing the need for a resilient local economic fabric in times of crisis to be able to cope with unforeseen needs. This productive dimension is also the main thing that differentiates these workshops from the more and more dense network of third places in France. A huge amount of work was undertaken between the idea being raised in June 2020 and the announcement of the launch of the first 100 workshops by the Prime Minister: in August 2021 with a budget of €30 million:precisely defining the concept of a “Manufacture de proximité” workshop,
producing a suitable set of specifications,
drawing up the expression of needs and the selection criteria for the projects whilst setting priorities, etc.

“It’s a project that has been implemented with exemplary speed and efficiency! Thanks to the France Tiers-Lieux association and the ANCT, operator of the scheme”: the Prime Minister launched the scheme at the end of August 2021 and the first 20 projects were selected at the beginning of December 2021.

The long investigative process conducted ahead of the creation of the scheme and the work done to acculturate the administration on third places made it possible to optimise the time to implementation. This capitalisation on existing knowledge coupled with the opportunity provided by the Recovery Plan in the post-crisis period have been key factors in getting the scheme off the ground in such a short time.

What will the trademark of the workshops be?

The particularity of production-type third places is their robust business model based on the local siting of the production units themselves. This scheme is a response first and foremost to a clearly identified need for suitable premises for craftspeople or entrepreneurs, who will, in addition, be able to take advantage of shared machinery and tools.

“I am confident about the viability of the projects selected”

But the scheme is not a business real estate project! The third place aspect is fundamental and is what gives it its soul compared to a conventional production site. Interactions are fostered by the organisation of the site which reinforces the possibilities for meeting and collaborating with other people, all of which is conducive to innovation and the development of economic opportunities.

What are the essential facts we need to know about these workshops?

Local authorities must be partners for the projects – that is a strong indicator of the durability of the workshop in the territory. Furthermore, having control of your premises is a key factor in the economic sustainability of a project. If the local authority provides the premises, this is a strong guarantee for the success of the project. The scheme was co-constructed with the stakeholders after a period of essential preparatory work. The input from experts already involved in workshop projects in the territories is a considerable advantage when it comes to drawing up a scheme that corresponds to the needs on the ground. Capitalising on earlier experimental projects on third places has saved a considerable amount of time.

Furthermore, the first step is to gauge the reaction your idea on the ground. The “Manufactures de Proximité” scheme actually grew out of the interaction between the stakeholders and our shared and compared observations. “We observe and meet the project teams and then we draw up the scheme based on what we’ve learned. A bottom-up approach is much more effective than sitting in an office and drawing up a plan.”

But what exactly is a “manufacture de proximité”?

These “manufactures” are collaborative community workshops, by which we mean shared workspaces that are open to their external environment, accessible to local residents and professionals based in the territory. These are places:

Although these places are primarily aimed at very small enterprises, they also offer a porosity with their ecosystem and a potential for innovation that also allows for interactions with the local industrial fabric: production of prototypes and short runs, training offer, collective creativity and innovation sessions, etc. The third places present on the Plateau de Saclay campus are a great illustration of this. The workshop can therefore be an extra link in the chain of the strategic re-industrialisation of a territory and the reshoring of production, as long as a service offering is provided that meets the needs of the enterprises based in the territories, in particular in the fields of innovation and training.

And the advantages these workshops offer?

« The support phase lasting two and a half years built into the design of the scheme further reinforces the robustness and sustainability of the projects. That is really a strong point of the scheme. »

How do you see this type of organisational process developing in the future?

« It is not only about handing out grants, but about working with stakeholders to co-construct schemes that correspond to needs in local areas. The “Manufactures” scheme is the perfect illustration that there is an alternative to the “handout counter” approach. »

What points have you found that require vigilance?

What are the objectives of the “Manufactures de Proximité” scheme?

What do the workshops contribute to the territories concerned?

The workshops provide a structure that helps to maintain or develop an economic fabric, and generally revive the territories. Third places bring life back to the neighbourhoods or towns and villages where they are located. Opening them up to the outside creates new forms of sociability through discussions and exchanges on subjects related to the transitions we are currently undergoing. “These are forms for exchanges that are conducive to the emergence of new solutions.” We are also placing our bets on the fact that the workshops’ activities will have a knock-on effect on the economic vitality of the local area. The trainees who come in, the new firms that open up and their partners will create an intake of people that is good for local businesses.

And we must not forget the potential they represent in terms of passing on certain rare forms of know-how specific to a given territory which are part of its intangible cultural heritage.

How long is your scheme expected to continue? What follow-up will there be?

The government’s investment in developing third places through the “Nouveaux lieux, Nouveaux liens” (New Places, New Links) programme is considerable and involves input from several ministries, including the Ministry of the Economy, Finance and the Recovery more specifically for the “Manufactures de Proximité” scheme. Once these places have been seeded, the next step will be to create synergies between the different ministerial schemes as well as with the projects sponsored by local authorities. The support provided by the government mainly covers the funding needed to get projects off the ground. It will be necessary to guarantee their long-term sustainability through the synergies referred to above, but also by strengthening the links between these third places and the public authorities beyond the mere provision of grants. I share the Ministry of Territorial Cohesion’s opinion on this subject: we really have to move on from a subsidy-based approach to one based on the provision of services, including to public entities, local authorities and decentralised government departments whenever it is appropriate.

Yes, all the aspects around fostering the creativity of craftspeople and their traditional know-how.

« These workshops really take on their full significance when they are perpetuating specifically local, heritage skills. They are able to provide training for small numbers of trainees whereas conventional training centres teaching these skills have closed down due to a lack of students. For example, in the textile industry there are rare skills that are no longer taught in training centres. These workshops are the ideal places to transmit and keep these local skills alive, by working with the companies that still master these techniques. The scheme is already proving a great success and to take it further, we can turn the workshops into bridges between the craftspeople and local industries: why not use the creativity of these craftspeople to further research and innovation in industry? » 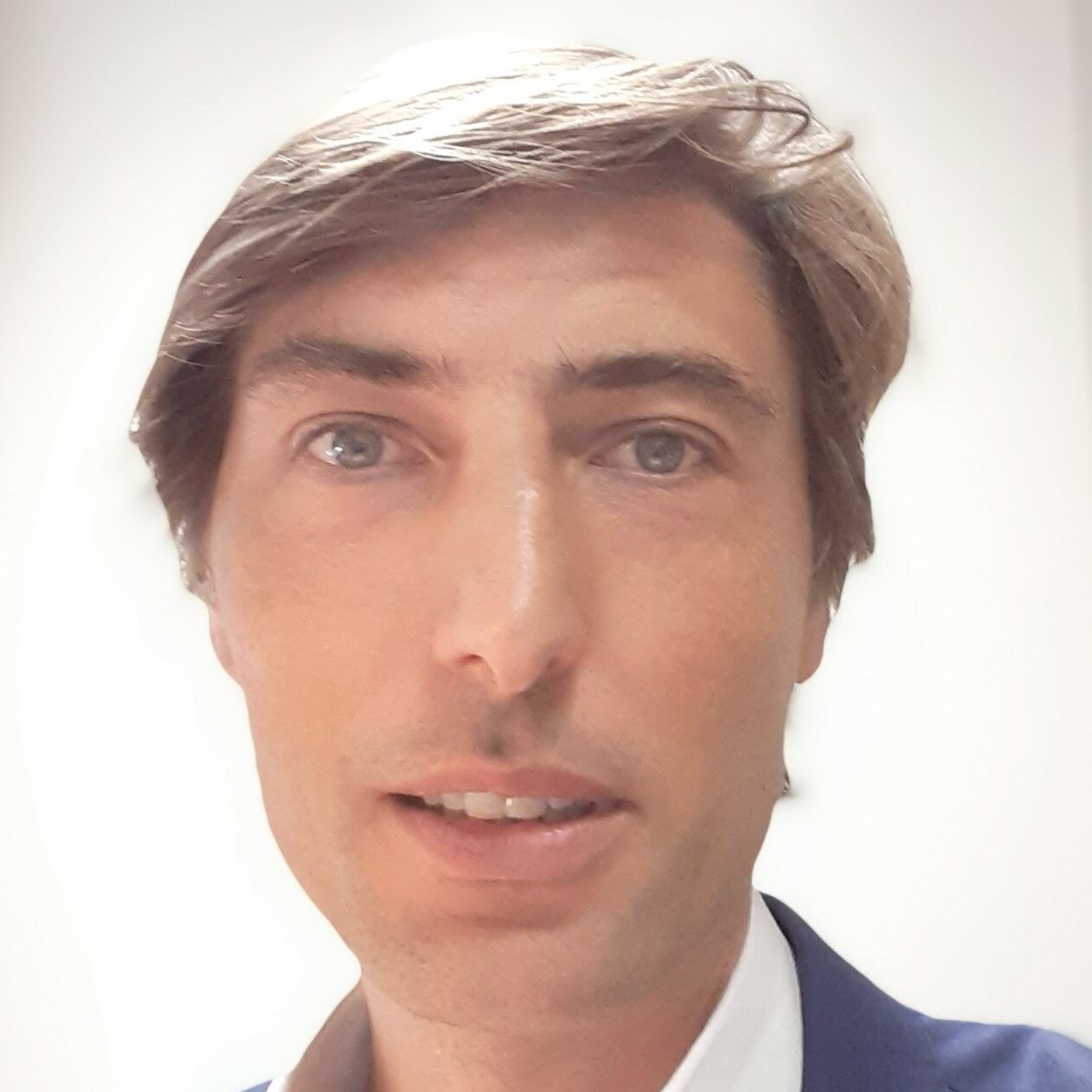