How did the Connected Campuses scheme originate?

In 2017, the Minister of Higher Education, Research and Innovation, Frédérique Vidal, noticed that the great majority of students, in particular in rural areas, were asking for the training course closest to where they lived, even when they might actually be interested in a different course and have different career objectives. The aim then became to decompartmentalise and make all training courses available thanks to digital technology. It was when he was working on e-mobility issues that Erwan joined the third places and education working group at the end of 2018: to set up training and study centres without calling into question existing other decentralisation initiatives in higher education, such as university outposts (e.g. Grenoble/Valence). The concept of the third place is all the more appealing if it cannot be linked to the local university.

Thanks to the work done with the ANCT on third places, we were focusing our reflections on the creation of places to host distance learning.

The context of the global public health crisis then considerably accelerated progress with e-mobility subjects.

How the scheme developed in a few dates

2018: third places and education working group. June 2019: choice of the territories for the experimental projects. September 2019: experimentation over a 1-year period of 13 proposals with 130 students signed up in spite of the very tight calendar. 10 projects will be confirmed after the experiment. January 2020: launch of the Call for Projects with a provisional budget of €25 million as part of the PIA3 “Territoire d’Innovation Pédagogique” (Educational Innovation Territory) scheme. There was no specific pre-defined type of target territory for responses to the call for projects, although priority was given to rural projects, in particular as part of the Rural Agenda, as were territories where decentralised government services were more scarce, especially higher education.

There was a favourable window of opportunity and things progressed very fast. Within a few months, Connected Campus went from a working group to a network of 100 sites that had opened in Metropolitan France and the overseas departments.

According to Erwan Paitel, third places consist of two basic components: a structure and people. A structure in the form of place available to the population and a collective that creates a service offering. I share the idea of Patrick Levy-Waitz, President of France Tiers-Lieux, who defines third places as the new “MJCs” (youth and cultural centres) for the 21st century, within a much wider remit, which encompasses education, but also the vitality and development of the local area. Based on that notion, Connected Campuses can be part of third places that offer a whole range of other activities.

What is a Connected Campus?

What points have you identified that require vigilance?

If you were to pick out one key objective of the scheme, what would it be?

To contribute to citizens’ impression that the State wants to support every citizen in a positive way. Third places provide a shortcut for the link between the State and users of its services. The main objective is to offer all students, particularly in rural areas, Urban Policy neighbourhoods and the overseas departments, the possibility of succeeding in higher education, thanks to progressive integration.

What are the key points to remember about Connected Campuses?

How is the scheme funded?

The Connected Campuses schemed is funded under the State Investments for the Future programme, via the Caisse des Dépôts. The Banque des Territoires sets up the contracts and tracks the budgets. The MESRI providers the higher education competency acting as the organiser of the connected campus services.

A favourite aspect of the Connected Campuses scheme?

The ones we have opened in prisons, in Rennes and Caen, which we have worked on with the Ministry of Justice and the Prisons Department, and where there are high stakes as regards the rehabilitation and reintegration of prisoners, the aim being to turn prison into a constructive instead of a punitive experience so that prisoners can prepare their return to society. Training and skills building will definitely facilitate prisoners’ social reintegration.

An emblematic project you can tell us about?

The Faitout Connecté project in Aisne. This is both a third place and a connected campus: a great example of how an extra service – training – can be integrated into an existing third place.

« I like the idea of turning third places decentralised public service hubs, places where all kinds of populations come together and mingle. Thanks to connected campuses, young people can (again) become active contributors to local life, drivers of the local economy and territorial vitality, entrepreneurship and social life. And what’s more, that territory can offer new services to its young people, through the third places. This is a profoundly interesting time. A chance for students not only to find services they need in the tiers-lieu, but also at the same time to be a service for other citizens in the territory. It’s a very philosophical aim in the end! »

« A young student in Marseille, a former boxer, who was suffering from not being able to follow his course in the lecture theatre and felt crushed by the classic system. “I feel good at the connected campus, it gives me confidence. »

It is this type of testimonial that gives what we are doing all its meaning.

Map of the Connected Campuses 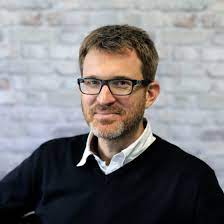